Being a famous escape from the Tokyo summer heat, Karuizawa has a lot of houses in many different styles for lack of strict laws regarding the appearance. And there are a lot of shops catering to these summer tourists of the whole range of budgets. But in the shadows there are also a lot of neglected houses and buildings who's owner went out of luck or had some other bad fortune. And there are a lot of houses up for sale, or shops for rent...these are what this picture page is about. 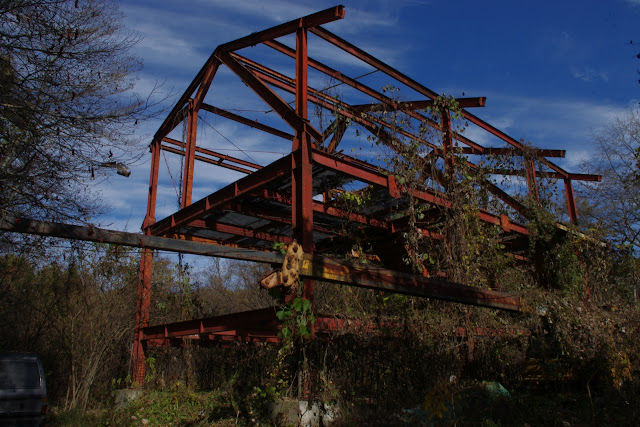 I came upon  this building only recently as it sits on an side road on the southern part of Karuizawa, that still looks mostly like a quite farming village, far away from all the tourist buzz. 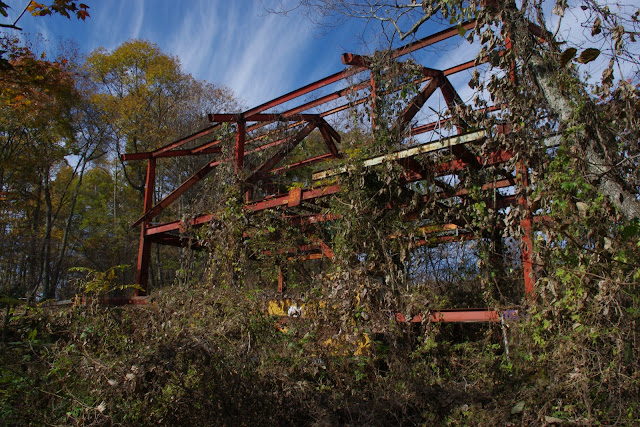 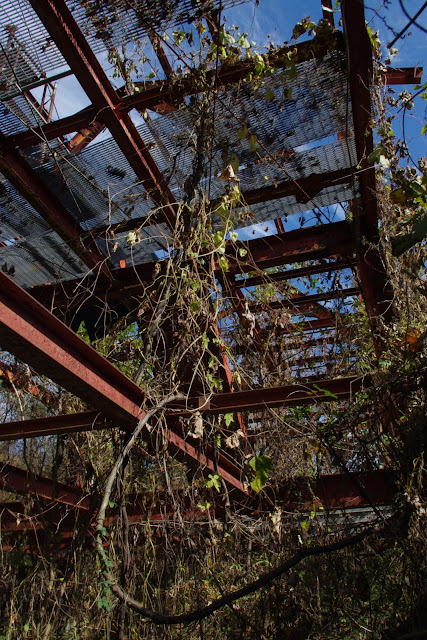 What strikes first is the sheer force of the weeds that have used the steel columns as welcome hosts and created a jungle-like appearance. But a closer look reveals an even darker picture: at the bottom of the building, the concrete wall base has been put in place about one meter high with the rusting iron rods sticking out of it. A thick electric wire is running upstairs, now covered with weeds. The crane car in front of the house has the arm oddly looking fully extended straight  forward. And there is an even older truck standing at the back. The atmosphere is that of an totally abandoned place, some misfortune not only of sudden nature but of such dimensions that the owner was not able to put the property up for sale or at least sell the crane car which surely would have found some buyer!