Climbing up a tall rock 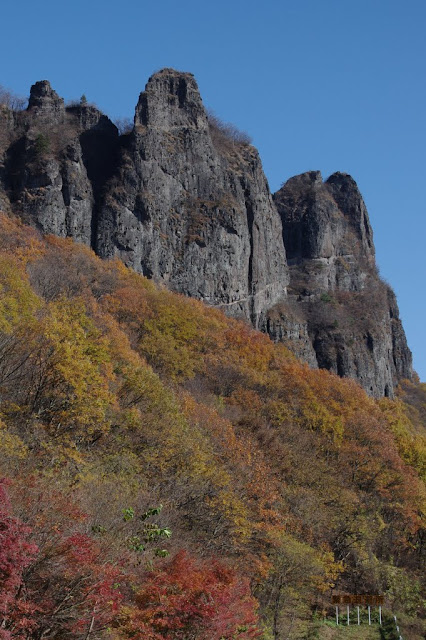 The name of this mountain is "Takai-iwa", "tall rock", very fitting as it sits towering above the highway entrance of Karuizawa. Thus I had seen it many times but never realized that there was a way to climb it. It doesn't appear in any of the many guide books about Karuizawa, as it seems to be unfitting for a "Resort town" with a big shopping mall to engage in serious outdoor sports. 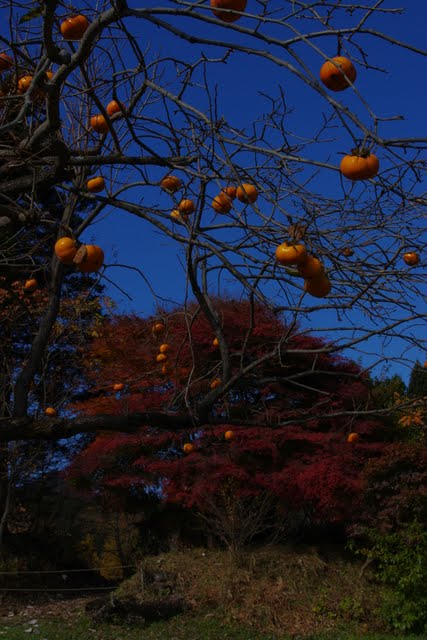 The mountain can be climbed from two sides of which I choose the south side. As there is no parking space at the entrance to the hiking path from a narrow road I left my car a bit away and thus got a glimpse of this autumn combination of flaming red maple leafs and a tree without any leafs but lots of bright persimmon fruits. 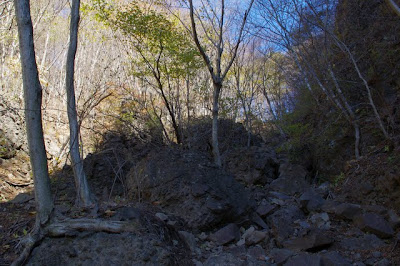 After hiking through some forest and then upward between big boulders the climb became steep up a ravine of sort with rocks that looked as if formed by concrete and stones but in reality formed during volcanic activity. 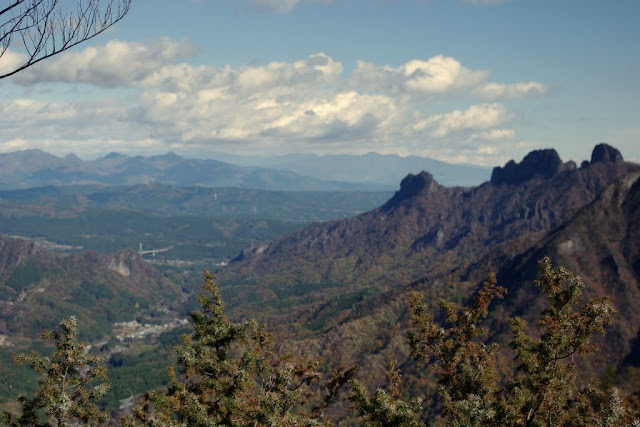 The top consists of two big towers with several tops connected by ridges. Autumn had finished at the top and I could thus enjoy an unobstructed view. This one is to the east side with the highway towards the Kanto plain showing in a few places. 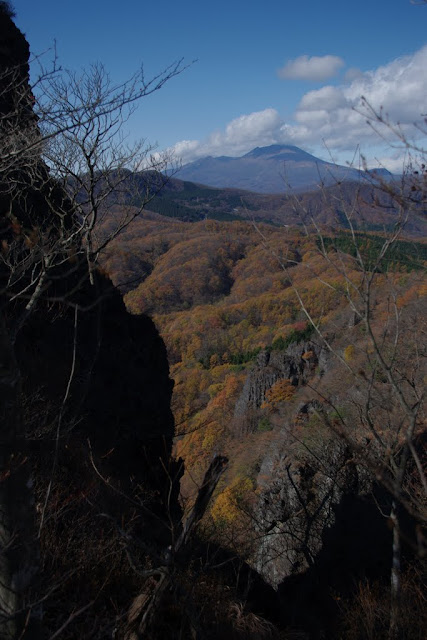 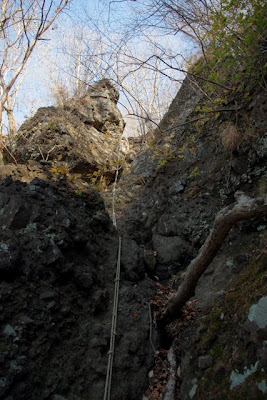 After crossing several ridges I decided to take the front path down with this point being the only kind of challenge. It only doomed to me later that I had somehow missed the biggest challenge, the "chimney" where  one would climb straight up the inside corner of the rock supported by a chain hanging from the top. This place isn't a major attraction, marking of the path with colored plastic bands was scarce and the bottom was totally covered with fallen leaves, making it even more difficult to spot the trail. 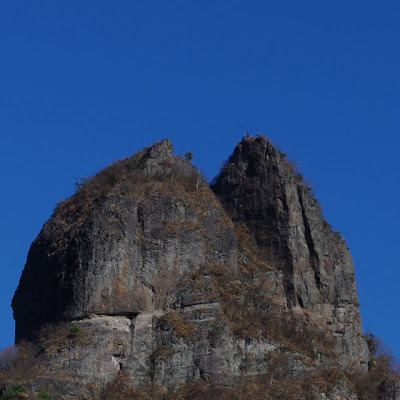 When taking pictures from the bottom a flash from the very top caught my eye and I realized two persons standing (!) on the flat top of the highest tower taking in the 360 degree view in disregard to any vertigo and the cold wind that was blowing. I knew than that the small path I thought would end at a small water outlet actually led further on to the "chimney"! But altogether I was done in two hours, so a "revenge" is coming up for sure.

Email ThisBlogThis!Share to TwitterShare to FacebookShare to Pinterest
Labels: Out and arround